It seems to me that Heath Squier, owner and speaking for the Julian Bakery, is unable to tell the truth yet again.  Below is a screen shot of Heath answering the question on Amazon: How big are the wraps? Heath’s answer:  8”x8”.

Clearly and to this day they are lying about the size of their Paleo Wraps.  Package says:  “New And Improved” and “Now Larger, Holds More Filling”.  If you look closely at the picture you can see a ghostly muddy brown round tortilla like product and in now way is it larger let alone new and improved.  The picture to the right was sent to me by an extremely disgruntled Julian Bakery customer who wanted his money returned.  (with help it finally was).

Click on any screenshot for a large very clear view of what I am describing.

Lie #1  On Amazon Jan. 26, 2014 Bobbie Lazar asks:  how big are the wraps?
Answer: Jan 26, 2014 by Julian Bakery:  8″x8″ and in this recent video (September 25th at minute 1:07 Heath boldly announces the wraps are 8″ in “diameter”. https://www.youtube.com/watch?v=JKnulz-k4qM&feature=youtu.be&a  Now I always thought a diameter was found in a circle and squares have “diagonals” but hey what do I know?  At any rate, Heath is lying through his teeth. 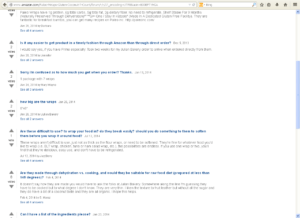 Lie #2 These screen shots are from the Julian Bakery website. A customer has asked the question: “Isn’t Xanthan Gum derived from corn?” http://www.julianbakery.com/paleo-product/paleo-pizza-crust-mix-gluten-free-12-oz/  Heath very glibly answers: “Xanthum [sic] can be derived from fruit also and that is the type we use”.  If I am wrong then I would ask to Heath to please send me some of his “fruit derived” Xanthan Gum because as I know it, Xanthan is not made from any “fruit”.

UPDATE October 10th: After someone on Twitter questioned that Julian Bakery had mislabeled their breads and wraps they changed their website wording to read: “Xanthan Gum (Made From The Fermentation Of Non-GMO Vegetables) (Corn Free)”. So now Heath says the xanthan gum has changed from being made from fruit to now being made from vegetables?  Another lie caught and another lie to cover the first. Come on Heath, get your lies lined up. 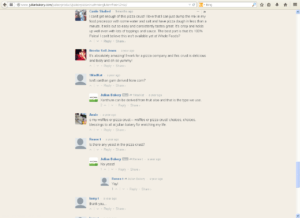 Lie #3  Number of Twitter Followers Heath would like you to believe he has on any of his 21 Twitter Accounts.  As you can plainly see he purchases his Followers from all over the world.  It does not take much looking to find Followers from Russia, Turkey, China, Mexico…and…you get the idea very quickly.  Heath has purchased well over half a million Twitter Followers.  Below, the one to the right is my favorite.  Heath’s newest Twitter Account, @AllPaleo (22nd and still counting,) with 3 Tweets in 2 days has 7,720 Followers. One day later Follower count is 9,983.  While I was looking for the screen shots the counts changed before my eyes.  Looks like a whole lot of rotten eggs to me.

And while I’m ranting how in the hell does Heath Squier “register” the word “Paleo®”?  Check it out in the right screenshot in the upper left-hand corner.  This can’t be serious. 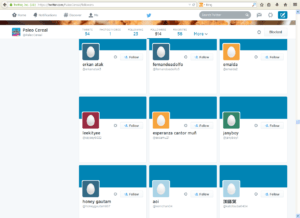 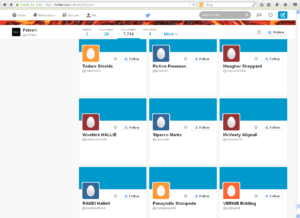 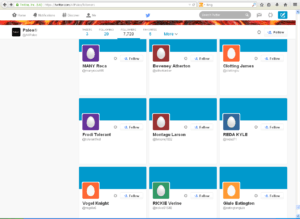 And Even More New AllPaleo Followers

Lie #4  Number of Views on any of his hundreds of YouTube videos.  How I ever got this is anyones guess, but again, you can plainly see how it works and the ungodly amount of money Heath Squier spends to make the Julian Bakery, himself, and his new collaboration with Gary Collins on their Primal Show network look far better than they really are.  This screenshot is from The Primal Show and to date, with 21 posted videos in about a month and a half, they have managed to amass nearly 1,000,000 Views.  You may ask: How do you know this?  Answer:  Because from the day this two clowns launched The Primal Show I have, on a daily basis, monitored and tracked the Views on each video.  How many Views are real?  My guess is not many.  Example: The Loren Cordain interview jumps about 10,000 Views from morning to morning with almost no actual viewing during the day. 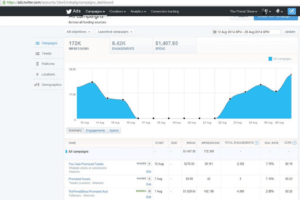