END_OF_DOCUMENT_TOKEN_TO_BE_REPLACED

FDA is responsible for:

Protecting the public health by assuring that foods (except for meat from livestock, poultry and some egg products which are regulated by the U.S. Department of Agriculture) are safe, wholesome, sanitary and properly labeled. Ensuring that human and veterinary drugs, and vaccines and other biological products and medical devices intended for human use are safe and effective.

Assuring cosmetics and dietary supplements are safe and properly labeled.

Monitoring and developing effective enforcement strategies for new advertising techniques and media, such as word-of-mouth marketing.

Monitoring and reporting on the advertising of food to children, including the impact of practices by food companies and the media on childhood obesity.

USDA is responsible for:

Overseeing education, production, research, and many other areas relating to food, the environment, and farming. While less than 2% of the United States population is employed in the farming industry, they supply food for the United States as well as other countries around the world. The USDA employs over 100,000 people in more than 7,000 locations worldwide.

The main goals of the United States Department of Agriculture include creating and maintaining a model for food production, environmental concerns, and a safe and healthy food supply. The department strives to keep the industry of American food production competitive around the world, while balancing a concern for natural resources and conservation. Under the agency’s large umbrella, individual areas focus on specific sectors of the nutrition and food production industry.

This is what the FTC should be doing-problem is they don’t do nearly enough of it.

The Claim: That no other yogurts contain Bifidus Regularis is true because the trademarked name cannot be used by another company but what is Bifidus Regularis?  It a specific strain of Bifidobacterium Lactis, a microorganism reputed to help maintain a healthy balance of bacteria in the human digestive tract. Bifidobacterium Lactis is a very powerful transient probiotic bacteria and Dannon does not have a patent on anything but the name.  Are  ya confused yet?  Don’t be.  It was just another marketing ploy and a crock of crap.

The Truth: Consumers who believe that Activia’s beneficial effects on the body exceed those of other yogurts containing different strains of probiotics or good bacteria may find little scientific evidence to support that belief.

The Conclusion: In December 2010 Dannon agreed to a settlement with the Federal Trade Commission for $21 million dollars based on over-exaggerated claims about Activia’s effects on digestive irregularity and prevention of flu and colds. 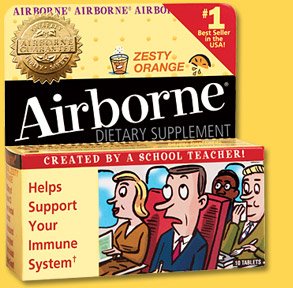 The Claim: Created by a school teacher, this over-the-counter dietary supplement claims to be a preventive cure for the common cold. According to the manufacturer, Airborne can help prevent the flu and colds by warding off bacteria and germs and building up your immune system.

The Truth: There have been no significant studies that support Airborne’s claims. ABC News reported in 2006 that the supplement was tested in only one clinical trial, which was conducted by two people without adequate scientific or medical training.

The Conclusion: The FTC charged Airborne Health with deceptive advertising. The company paid a fine of $30 million to settle the case. The CSPI also slapped the company with a class-action lawsuit to refund $23.3 million to customers. 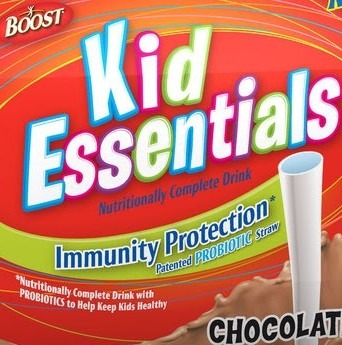 The Claim: Nestle claims that this children’s drink helps protect against the flu, strengthens the immune system, and prevents respiratory tract infections, among other things.

The Truth: The health claims were not substantially supported by scientific study, the FTC said.

The Conclusion: The FTC said that Nestle deliberately deceived customers into thinking that Boost can prevent respiratory health problems in kids. In July of this year, Nestle agreed to drop its misleading advertising.

The Truth: The US Federal Trade Commission (FTC) alleged that POM Wonderful violated federal law by making unsubstantiated claims about their products. The FTC said that studies claimed as evidence by POM Wonderful were unreliable or not conducted scientifically.

The Conclusion: It’s still under dispute. The FTC filed a suit on the grounds that POM Wonderful engaged in deceptive advertising. POM Wonderful fired back at the FTC, saying that the accusations were unwarranted. POM argues that their products do not carry the risks associated with pharmaceutical drugs, therefore their products should not be treated as such. 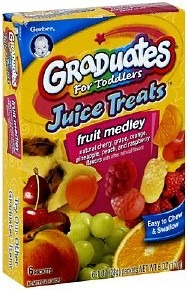 The Claim: What irked consumers was not the advertising for this product, but that its packaging was covered with images of fruits.

The Truth: The fruit snacks are actually made from high-fructose corn syrup and sugar.

The Conclusion: The U.S. Court of Appeals ruled that Gerber was using deceptive marketing techniques. The court stated that consumers should not be expected to look beyond misleading representations on the front of the box to discover the truth from the ingredient list in small print on the side of the box.

This is what the FDA & FTC should not be doing

This is a man who has been on the cover of Time Magazine not once-but twice.

Dr. Andrew Weil, one of the pioneers of integrating alternative approaches to healing with traditional medicine, adds his two-cents worth on health care reform. His point is that we’ve got to reconfigure our current system from “disease-management” to “health-promotion.” Money quote:

“It’s impossible to make our drug-intensive, technology-centric, and corrupt system affordable. … If we can make the correct diagnosis, the healing can begin. If we can’t, both our personal health and our economy are doomed.” 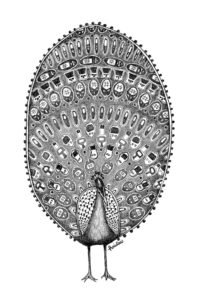 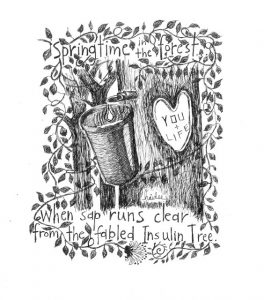